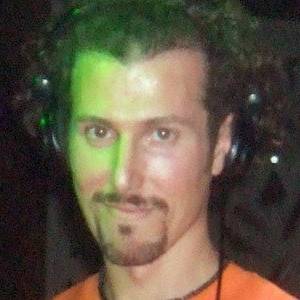 Joshua Winkelman , better known by his stage name Josh Wink, is an American electronic music DJ, label owner, producer, remixer, and artist. He is a native of Philadelphia, United States. A pioneering DJ in the American rave scene during the early 1990s, Wink was the most prominent exponent of the tribal forms of techno and house in the U.S. In 1995, he released several hits, including "Don't Laugh" , "I'm Ready" , and "Higher State of Consciousness," which topped the dance charts in Europe. He has had many club hits such as "How's Your Evening So Far?" and "Superfreak " and has also gained much attention for his remixes of Stabbing Westward, FC Kahuna, Paul Oakenfold, Moby, Towa Tei, Ladytron and Depeche Mode, among others.

DJ who is well-known for his remixes of Depeche Mode, Moby, and Paul Oakenfold. He founded Ovum Recordings and has a number of albums under his belt, including Left Above the Clouds, Herehear, and When a Banana Was Just a Banana.

He followed after his mother and brother and became a vegetarian.

He studied piano and clarinet as a child. He began performing around Philadelphia as an apprentice to his friend, a mobile DJ, when he was thirteen years old.

His single "I'm Ready" peaked at number one on the Hot Dance Club Play chart and his song "Higher State of Consciousness" topped the European charts.

He has worked with Nine Inch Nails star Trent Reznor .

Josh Wink's house and car and luxury brand in 2021 is being updated as soon as possible by in4fp.com, You can also click edit to let us know about this information.