Christopher Comstock , known professionally as Marshmello, is an American electronic music producer and DJ. His songs "Silence", "Wolves", "Friends", "Happier", and "Alone" have been certified multi-platinum in several countries and appeared in the Top 30 of the Billboard Hot 100. His musical style includes groove-oriented, synth and bass-heavy electronic dance music. He is managed by Moe Shalizi.Marshmello first gained international recognition in early 2015 by publishing remixes online. His debut studio album, Joytime, was released in January 2016, which included the lead single and Marshmello's debut single "Keep It Mello". "Alone", a platinum-certified single was released in May 2016 via the Canadian record label Monstercat. Having peaked on the US Billboard Hot 100 at number 60, it became his first single to be certified platinum in the US and Canada with over 1 million copies of certified units. That year, he released three subsequent singles. In 2017, after releasing singles such as "Chasing Colors", "Twinbow" and "Moving On", Marshmello collaborated with American R&B singer Khalid to release "Silence" as a single, which was certified platinum and multi-platinum in eight countries. Succeeding another single, one of his bestselling singles, a collaboration with American singer Selena Gomez, titled "Wolves" was released.

Marshmello is a stage name for an American dance music producer and DJ whose true identity remains unknown. To disguise his face, he wears a Marshmallow helmet in the shape of a bucket. In 2015, he made his debut in the electronic music scene. In 2017, enough evidence arose on social media that identified him as American DJ Chris Comstock, however Marshmello has not formally acknowledged or refuted this. Based on an old interview with another DJ, royalty earnings records, and the common manager for Marshmello and Chris Comstock, Forbes magazine published an article in November 2017 claiming Chris Comstock to be Marshmello, but there was no official confirmation from Marshmello's management or lawyer. Despite the fact that his identity is still a mystery, Marshmello is one of the most renowned and respected DJs in the world today. His anonymity, according to some, lends a layer of mystery to his image, which helps him develop appeal. He is a prolific artist who has amassed a large body of work in a short period of time.

His full name is Chris Comstock; he has kept his identity a secret. He's a Philadelphia native; but he later moved to Los Angeles, California.

In March of 2015, he released his debut song, "WaVeZ," as an original mix on SoundCloud. Soon after, he began to receive backing from well-known DJs, like Skrillex.

He has gained notoriety by remixing songs by renown artists such as Zedd and Jack U.

Marshmello's estimated Net Worth, Salary, Income, Cars, Lifestyles & many more details have been updated below. Let's check, How Rich is He in 2021-2022? According to Forbes, Wikipedia, IMDB, and other reputable online sources, Marshmello has an estimated net worth of $50 Million at the age of 30 years old in year 2022. He has earned most of his wealth from his thriving career as a DJ, record producer, internet personality from United States. It is possible that He makes money from other undiscovered sources

Dotcom and Ookay were featured on the Yultron single "Tempura Roll."

Marshmello's house and car and luxury brand in 2021 is being updated as soon as possible by in4fp.com, You can also click edit to let us know about this information. 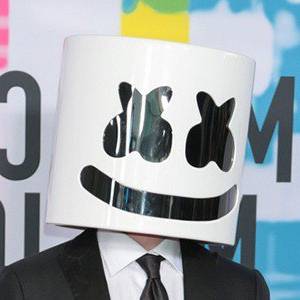