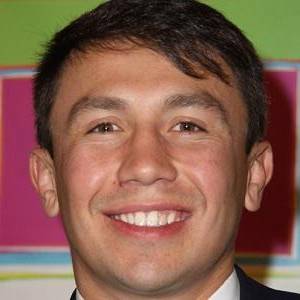 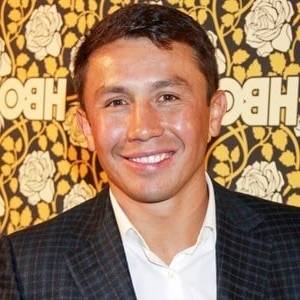 Gennadiy Gennadyevich Golovkin , often known by his nickname "GGG" or "Triple G", is a Kazakhstani professional boxer. He has held multiple middleweight world championships, and is a two-time unified champion, having held the IBF title since 2019 and the WBA title since April 2022. Previously he held the unified WBA , WBC and IBF titles between 2014 and 2018. He is also a two-time IBO middleweight champion, in his second reign since 2019.

Gennady Gennadyevich Golovkin, popularly known as GGG, God of War, and Golden Boy, is a professional boxer from Kazakhstan. He won a gold medal in the middleweight bracket at the 2003 World Amateur Boxing Championships and went on to represent Kazakhstan at the 2004 Summer Olympics, where he won a silver medal in the same category. He became professional in 2006 and won his first major world title in 2010 when he defeated Milton Noez to earn the WBA interim middleweight belt. He was upgraded to WBA (Regular) champion later that year, and he fought Lajuan Simon to capture the vacant IBO middleweight championship the following year. In 2014, he became the WBA (Super) champion, which he successfully defended against Daniel Geale, as well as the vacant IBO middleweight championship. His winning streak continued in 2014 and 2015, when he defeated Marco Antonio Rubio for the WBC interim middleweight championship and David Lemieux for the IBF middleweight title, respectively. After Canelo Alvarez resigned the WBC middleweight championship in 2016, he was promoted to full champion. He has the unified IBO middleweight, WBC, WBA (Super), and IBF belts and is known for his subtle and deft techniques, strong punches, and excellent ring IQ. His knockout percentage (89.8%) is the best in the middleweight division's history. The Transnational Boxing Rankings Board (TBRB) and The Ring magazine named him second best middleweight fighter in the world as of March 2017, but boxrec.com placed him first. In terms of pound for pound, he is ranked first by ESPN, third by boxrec.com and The Ring, and sixth by TBRB.

He has two older brothers, Sergey and Vadim, and a twin brother named Maxim. He had a son named Vadim with wife Alina.

In 2002, he was awarded a scholarship under the Olympic Solidarity program. In 2006, he had his first professional bout.

He is fluent in Kazakh, Russian, English, and German. He was named Fighter of the Year by The Ring magazine in 2013.

Gennady Golovkin's estimated Net Worth, Salary, Income, Cars, Lifestyles & many more details have been updated below. Let's check, How Rich is He in 2021-2022? According to Forbes, Wikipedia, IMDB, and other reputable online sources, Gennady Golovkin has an estimated net worth of $30 Million at the age of 40 years old in year 2022. He has earned most of his wealth from his thriving career as a Professional Boxer from Kazakhstan. It is possible that He makes money from other undiscovered sources

He and Hungary's Zsolt Erdei were both World Amateur Boxing Middleweight Champions early in their careers.

Gennady Golovkin's house and car and luxury brand in 2021 is being updated as soon as possible by in4fp.com, You can also click edit to let us know about this information.

The Destructive Power Of Gennady Golovkin

The Boxing Round Up - 2 years ago

Fight of The Year 2018: Saul Alvarez vs Gennady Golovkin 2 highlights 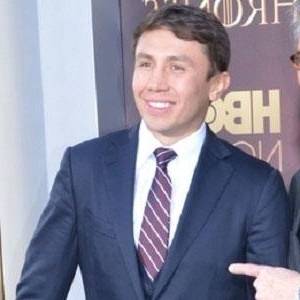