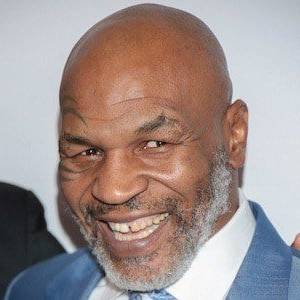 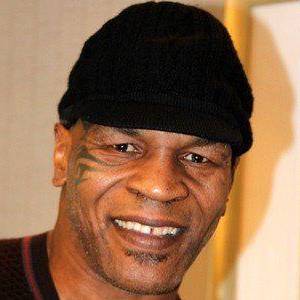 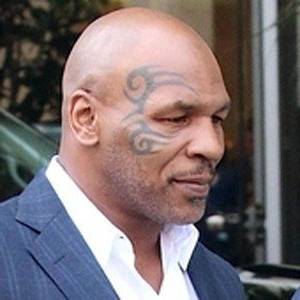 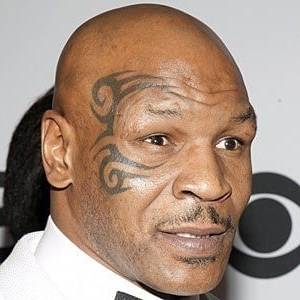 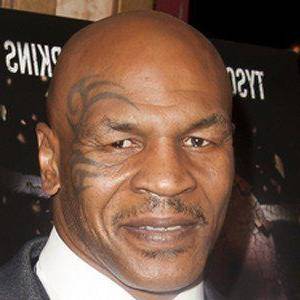 Michael Gerard Tyson is an American former professional boxer who competed from 1985 to 2005. Nicknamed "Iron Mike" and "Kid Dynamite" in his early career, and later known as "The Baddest Man on the Planet", Tyson is considered to be one of the greatest heavyweight boxers of all time. He reigned as the undisputed world heavyweight champion from 1987 to 1990. Tyson won his first 19 professional fights by knockout, 12 of them in the first round. Claiming his first belt at 20 years, four months, and 22 days old, Tyson holds the record as the youngest boxer ever to win a heavyweight title. He was the first heavyweight boxer to simultaneously hold the WBA, WBC and IBF titles, as well as the only heavyweight to unify them in succession. The following year, Tyson became the lineal champion when he knocked out Michael Spinks in 91 seconds of the first round. In 1990, Tyson was knocked out by underdog Buster Douglas in one of the biggest upsets in history.

Mike Tyson is a heavy-muscled prodigious puncher who stands 5ft 10 inches tall and weighs 200 pounds or more. Michael Gerard 'Mike' Tyson, also known as Michael Gerard 'Mike' Tyson, has shown hints of entering into the world of boxing since his early days. His violent tendency as a child, strange behavior, and a determination to use violence to get his way through situations and people paved the path for him to choose boxing, not to mention his colossal weight of 200 pounds at the age of thirteen. Tyson soon ascended the ladder of success under the firm direction of Cus D'Amato and Rooney, earning the nicknames "Iron Mike" and "the baddest guy on the planet." He was well-known for being able to defeat his opponents with a single blow. Tyson's dominance in the sport propelled him to the peak of achievement, as he became the undisputed heavyweight champion of the world. Tyson's tainted origins, poverty-stricken upbringing, poor judgment, and illegal behavior all contributed to his rapid ascent up the ladder of prosperity and descent into the abyss. As a result, Tyson suffered major blows due to his odd behavior, rape conviction, financial loss, bankruptcy, and jail when he was at the pinnacle of his authority. The world wrote him off as a broken animal incapable of life outside the ring when he bit off the ear of opponent Evander Holyfield. Despite Tyson's best efforts, his reputation has been permanently tarnished, making him one of the most tragic individuals in American sports history.

He was married to Robin Givens from 1988 to 1989 and Monica Turner from 1997 to 2003 before marrying Lakiha Spicer in June 2009. He has a total of eight children named Rayna, Amir, D'Amato, Milan, Exodus, Morocco, Mikey and Miguel.

Cus D'Amato, his legal guardian and boxing manager, raised him when his mother died when he was 16 years old.

In 1992 he was convicted of raping 18-year-old Desiree Washington, who was Miss Black Rhode Island at the time.

Mike Tyson's estimated Net Worth, Salary, Income, Cars, Lifestyles & many more details have been updated below. Let's check, How Rich is He in 2021-2022? According to Forbes, Wikipedia, IMDB, and other reputable online sources, Mike Tyson has an estimated net worth of $10 Million at the age of 56 years old in year 2022. He has earned most of his wealth from his thriving career as a Professional Boxer, Actor, Film Producer, Athlete from United States. It is possible that He makes money from other undiscovered sources

Much like fellow heavyweight legend Muhammad Ali , his career came to an end after suffering consecutive losses. Tyson retired after losing to Kevin McBride in 2005.

Mike Tyson's house and car and luxury brand in 2021 is being updated as soon as possible by in4fp.com, You can also click edit to let us know about this information. 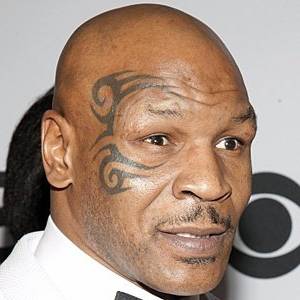