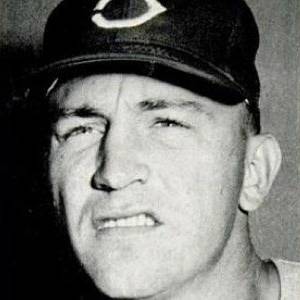 Lonas Edgar Bailey, Jr. was an American professional baseball player and later served on the Knoxville, Tennessee city council. He played as a catcher in Major League Baseball from 1953 through 1966. A six-time All-Star, Bailey was one of the top catchers in the National League in the late 1950s and early 1960s.Born in Strawberry Plains in Jefferson County, Tennessee, Bailey batted left-handed, threw right-handed and was listed as 6 feet 2 inches tall and 205 pounds . A younger brother, Jim, was a left-handed pitcher who had a brief big-league trial as Ed's teammate on the 1959 Cincinnati Reds.

Catcher in the MLB who was chosen for six All-Star teams while playing for teams like the San Francisco Giants and Cincinnati Reds. In eight of his fourteen MLB seasons, he hit at least ten home runs.

He was born Lonas Edgar Bailey, Jr. and had a brother named Jim.

He made his major league debut in 1953, and by 1955, the Reds had made him their starting catcher.

He won two titles during his time in the Venezuela League.

He appeared with Smokey Burgess and other Reds players on a 1956 episode of "What's My Line?"