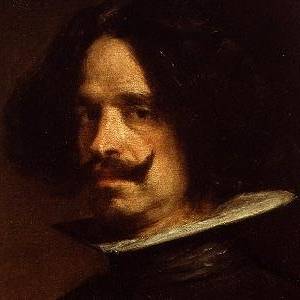 Portrait painter for the Spanish royal family, notable Europeans, and simple people during the Spanish Golden Age. Many realism and impressionist painters, like Edouard Manet, were admirers of him.

He was the eldest child of João Rodrigues da Silva and Jerónima Velázquez. He and his wife died only eight days apart and were buried side-by-side at the Church of San Juan Bautista. He had two daughters named Francisca and Ignacia.

At the age of 12, he began working as an apprentice for renowned artist Francisco Pacheco. Pacheco served as his tutor for five years, teaching him about proportion, perspective, and direct realism.

His 1656 masterpiece Las Meninas presented a complex and intriguing portrait of life in the Spanish court of King Philip IV.

He influenced the work of Salvador Dalí, Pablo Picasso, and many other artists.