Outfielder who debuted in the big leagues with the Cincinnati Reds in 2010. In his first season, he led the league in pinch-hit home runs.

He married a woman named Lisa.

Before being chosen by the Reds in 2006, he attended Donegal High School until 2003 and then played at Messiah College.

He set numerous career records during his time at Messiah, including records for batting average, home runs and consecutive games with a hit.

He has been teammates with pitching phenom Aroldis Chapman in Cincinnati.

Chris Heisey's house and car and luxury brand in 2021 is being updated as soon as possible by in4fp.com, You can also click edit to let us know about this information.

● Chris Heisey was born on December 14, 1984 (age 37) in Lancaster, Pennsylvania, United States ● He is a celebrity baseball player 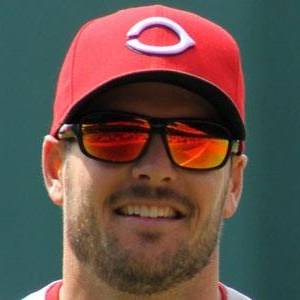