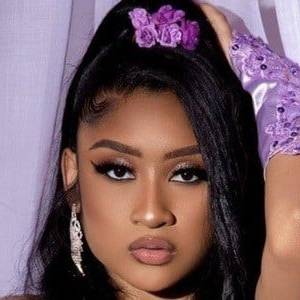 Young Lyric is one of the most proficient young rappers out there currently. In an industry full of budding young rappers, Young Lyric stands out and how! Music is in her genes, with both her father and uncle being musicians. She developed a love for singing, dancing and rapping at an early age. She performed for the first time at the age of seven years in front of her whole school and blew everyone away. After that, she has been asked to perform at nearly every school event since. Where most kids freeze up, Lyric doesn't seem to know what shy is. If you were to call her into a crowded room and ask her to sing, rap, or dance, she wouldn't hesitate to turn on the magic and put up the show of her life. The world first came to know about her rapping skills when she released˜Pink and Purple' on YouTube and floored everyone with her talent. After that, there was no looking back for her. Also, she might just be one of the busiest 16 year old girls on the planet, and it seems that her hard work is paying off as she has become an international hip-hop sensation, internet favourite and social media darling generating over 35 million views on YouTube and WorldstarHipHop.com! She is indeed the next big thing!

She was encouraged to pursue music by her father and uncle, who are both musicians. She grew up with sisters.

She recorded her first song at age 7, and would go on to perform it at the same age.

She also performs under the name Lyrikkal, and is known for claiming the titles of Hip Hop Princess and The Best 15-Year Old Rapper Alive. Her musical inspirations include Beyonce and Nicki Minaj.

She released a remix of Lil Wayne's song "No Worries" in 2013. She has also remixed hits by Drake, Kanye West and Wiz Khalifa.

Young Lyric's house and car and luxury brand in 2021 is being updated as soon as possible by in4fp.com, You can also click edit to let us know about this information. 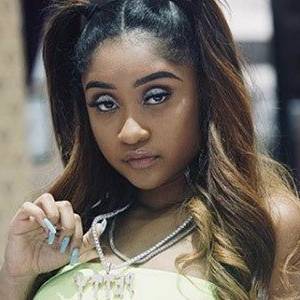