Cameron Jibril Thomaz (born September 8, 1987), better known by his stage name Wiz Khalifa, is an American rapper, singer, and songwriter. He released his debut album, Show and Prove, in 2006, and signed to Warner Bros. Records in 2007. His Eurodance-influenced single "Say Yeah" received urban radio airplay, charting on the Rhythmic Top 40 and Hot Rap Tracks charts in 2008, becoming his first minor hit.Thomaz parted with Warner Bros. and released his second album, Deal or No Deal, in November 2009. He released the mixtape Kush and Orange Juice as a free download in April 2010; he then signed with Atlantic Records. Thomaz then adopted a more radio-friendly, pop-oriented approach with his debut single for Atlantic, "Black and Yellow". The song, a tribute to his hometown of Pittsburgh, debuted at number 100 and eventually peaked at number 1 on the Billboard Hot 100. The song became the lead single for his third album Rolling Papers, which was released in March 2011, and also had the Top 40 singles "Roll Up" and "No Sleep".The album's success was followed up with O.N.I.F.C. in December 2012, which was backed by the singles "Work Hard, Play Hard" and "Remember You" (featuring the Weeknd). Wiz released his fifth album Blacc Hollywood in August 2014, backed by the lead single "We Dem Boyz". In March 2015, he released "See You Again" (featuring Charlie Puth) for the soundtrack of the film Furious 7 and the song peaked at number one on the Billboard Hot 100 for 12 non-consecutive weeks.

Wiz Khalifa is a well-known American rapper, singer, and songwriter. He has been active in the music industry since his debut in 2006. His real name is Cameron Jibril Thomaz. He is known for his hip-hop songs and occasional work as an actor. He has associated with Warner Bros. Records, Atlantic Records, Taylor Gang, and Rostrum. He gained a lot of attention with his single number, Black and Yellow, which was his first song for the Atlantic. His most famous song ˜See You Again' featured in the movie ˜Furious 7'. The song made it to the top of Billboard's Hot 100 and stayed there for 12 consecutive weeks. He has recorded 6 studio albums and is about to release another one. He also has a soundtrack album and an extended play. Along with that, he has appeared in a couple of films and also made guest appearances on several TV Shows. He has won the BET, Billboard's Music Awards and Teen Choice Awards a couple of times.

He has a son named Sebastian with model Amber Rose. He and Rose were married for about a year before she filed for divorce in September 2014. In 2018, he began dating model Winnie Harlow.

After living overseas, he moved to Pittsburgh and attended Taylor Allderdice High School.

He won a BET Award for Best New Artist in 2011 and his song "Young, Wild & Free" was nominated for a Grammy Award in 2013. His last name means successor in Arabic.

Wiz Khalifa's estimated Net Worth, Salary, Income, Cars, Lifestyles & many more details have been updated below. Let's check, How Rich is He in 2021-2022? According to Forbes, Wikipedia, IMDB, and other reputable online sources, Wiz Khalifa has an estimated net worth of $70 Million at the age of 34 years old in year 2022. He has earned most of his wealth from his thriving career as a Singer, Rapper, Actor, Singer-songwriter from United States. It is possible that He makes money from other undiscovered sources

He and Snoop Dogg have paired up for numerous song and video collaborations, including the 2011 song, "Mac & Devin Go to High School."

Wiz Khalifa's house and car and luxury brand in 2021 is being updated as soon as possible by in4fp.com, You can also click edit to let us know about this information. 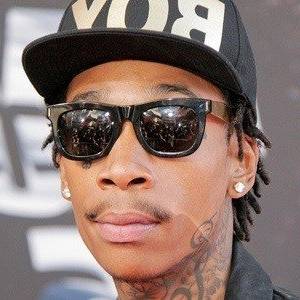