Walter Matthau was an American actor who was well-known his performances in theatre, feature films and television. His acting prowess earned him several prestigious awards including the Academy Award, Golden Globe Award, BAFTA Award and the Tony Award. He was interested in acting from a very early age and began appearing in stage shows. During the World War II he served the U.S. Army Air Forces, after which he pursued a course in acting at the Dramatic Workshop of the New School. He then took up a career in acting beginning with theatre and later progressing to feature films and television. He was known by his gruff demeanor, sharp timing and deep voice. In his career that spanned across five decades he got the opportunity to essay several memorable characters in lead as well as in supporting cast. His association with actor Jack Lemmon earned much attention and together they collaborated for over ten movies. Despite recurring health ailments from the 1970s, he managed to star in films that were both critically and commercially successful.

He married Grace Geraldine Johnson in 1948. They divorced ten years later. He later remarried, to Carol Grace. He had three children: Charles, David, and Jenny.

He attended a Jewish overnight camp, Tranquility Camp, where he began performing in their weekly shows.

He was a very committed actor, and finished filming the film Grumpy Old Men despite freezing temperatures before going to the hospital to be treated for pneumonia.

He won an Academy Award for his performance in the 1966 Billy Wilder film The Fortune Cookie. 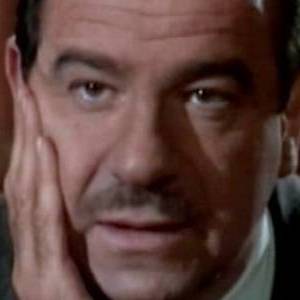