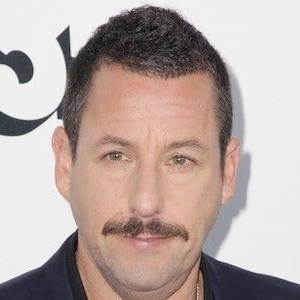 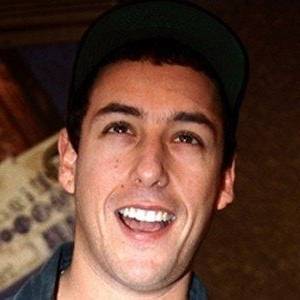 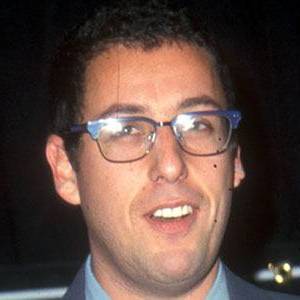 Adam Richard Sandler is an American comedian, actor, and filmmaker. He was a cast member on Saturday Night Live from 1990 to 1995, before going on to star in numerous Hollywood films, which have combined to earn more than $4 billion at the box office. Sandler had an estimated net worth of $480 million in 2022, and signed a further three-movie deal with Netflix worth over $350 million.Sandler's comedic roles include Billy Madison , Happy Gilmore , The Waterboy , The Wedding Singer , Big Daddy , Mr. Deeds , 50 First Dates , The Longest Yard , Click , Grown Ups , Just Go with It , Grown Ups 2 , Blended , Murder Mystery and Hubie Halloween . He also voiced Davey, Whitey, and Eleanore in Eight Crazy Nights and Dracula in the first three films of the Hotel Transylvania franchise .

Adam Sandler is an American actor and comedian known for his roles in films like ˜Punch-Drunk Love' and ˜The Wedding Singer'. A versatile personality, he is also a screenwriter, film producer, and musician. Along with his feature films that combined together have grossed over $2 billion at the box office, he has also released five comedy albums in his career, two of which were certified double-platinum. He was inclined towards comedy from a young age and earned himself the title of the class clown as a school student. However, it was his brother who spotted his potential and encouraged him to take up comedy on a professional level. He took acting classes after high school and graduated from the Tisch School of the Arts at New York University. Early on in his career, he ventured into television and became a regular on a MTV game show. Soon he was selected as a cast member on ˜Saturday Night Live' (SNL) following which he became a popular comedian. He forayed into films as well and found considerable success as a comedian. Taking forward his professional successes, he founded his own film and television production company ˜Happy Madison Productions' that has produced numerous films. He is also well known for his donations to charitable causes.

He married actress Jacqueline Samantha Titone in June 2003, and the couple had two daughters together. His daughters' names are Sadie and Sunny.

He developed his comedic talent while attending New York University. Before breaking through in Hollywood, he worked as a comedian and appeared as a regular cast member on Saturday Night Live.

In 1999, he founded a production company called Happy Madison, a title he created from combining the names of two of his films, Happy Gilmore and Billy Madison.

Adam Sandler's estimated Net Worth, Salary, Income, Cars, Lifestyles & many more details have been updated below. Let's check, How Rich is He in 2021-2022? According to Forbes, Wikipedia, IMDB, and other reputable online sources, Adam Sandler has an estimated net worth of $420 Million at the age of 55 years old in year 2022. He has earned most of his wealth from his thriving career as a Screenwriter, Film Producer, Actor, Television producer, Comedian, Musician, Songwriter, Voice Actor from United States. It is possible that He makes money from other undiscovered sources Reliable sources show that his annual salary is about $20 Million Per Movie

He co-starred in Airheads with Brendan Fraser in 1994.

Adam Sandler's house and car and luxury brand in 2021 is being updated as soon as possible by in4fp.com, You can also click edit to let us know about this information.