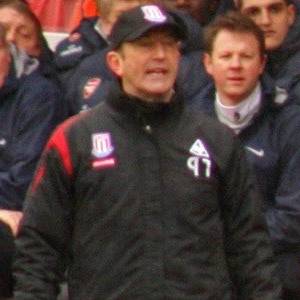 Welsh former soccer player who won the Football League Third Division with Bournemouth during the 1986-1987 season. As a manager he was named Premier League Manager of the Season in 2013-14 with Crystal Palace. In 2017, he began managing Middlesbrough F.C.

He married Debs Pulis in 1982 and he has a son named Anthony and a daughter named Stephanie. His brother Ray has been chairman of Pill AFC.

He was born in Pillgwenlly and played youth soccer for Newport YMCA and Bristol Rovers.

He scaled Mount Kilimanjaro all the way to the top in support of the Donna Louise Trust charity.

He managed Tom Ince as the manager for Crystal Palace.

Tony Pulis's house and car and luxury brand in 2021 is being updated as soon as possible by in4fp.com, You can also click edit to let us know about this information.