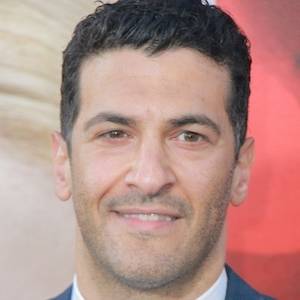 Actor who rose to widespread prominence for his role as Yusef in the 2008 film Quantum of Solace. In 2014, he began a recurring role on Marvel's Agents of SHIELD as Sunil Bakshi.

His parents' names are Mario and Helen. He has one brother named Photis.

He graduated from the University of Edinburgh in 2002 with honors. His degree was in international business with finance.

He voiced the character No-Name in How to Train Your Dragon 2 (2014). In 2015, he guest starred as Bruno on the TV series How to Get Away with Murder.

He joined the cast of Marvel's Agents of SHIELD during its second season alongside Lucy Lawless.

Simon Kassianides's house and car and luxury brand in 2021 is being updated as soon as possible by in4fp.com, You can also click edit to let us know about this information.