Nick Cannon was born on October 8, 1980 (age 42) in San Diego, California, United States. He is a celebrity Comedian, Record producer, Actor, Musician, Presenter, Television producer, Writer, Rapper, Singer, TV Personality. Nick Cannon's Life Path Number is 9 as per numerology. His genres are Hip hop,comedy hip hop,R&B. He joined movies and tvshows named Wild 'n Out (Since 2005), The Masked Singer (Since 2019), America's Got Talent (Since 2006), Drumline (2002) and The Nick Cannon Show (2002 – 2003). His education: Monte Vista High School. The parents of Nick Cannon are Beth Gardner, James Cannon. He had 3 children Golden Cannon, Moroccan Scott Cannon, Monroe Cannon. His spouse is Mariah Carey ​ ​ ( m. 2008; div. 2016) ​. His height is 6 ft (1.83 m). His salary is $5 Million. He has an estimated net worth of $20 Million You can find His website below: http://nickcannon.com. Nickelodeon star of All That who later hosted The Nick Cannon Show, Wild 'N Out, America's Got Talent and The Masked Singer. Also a recording artist, he released his self-titled debut album in 2003 and his song "Parents Just Don't Understand" was featured in the film Jimmy Neutron: Boy Genius. More information on Nick Cannon can be found here. This article will clarify Nick Cannon's Age, Wife, Movies, Height, Family Tree, Movies And Tv Shows, Kids, Baby, New Baby, Net Worth, 12Th Child, lesser-known facts, and other information. (Please note: For some informations, we can only point to external links)

All Nick Cannon keywords suggested by AI with

In 2008, he married singer and actress Mariah Carey. The couple welcomed twins named Moroccan and Monroe in 2011 and in 2014, he and Carey separated. In 2017, his second son Golden Cannon was born to his ex-girlfriend Brittany Bell. Their second child together, a daughter named Powerful Queen, arrived in December 2020. He welcomed twins with Abby De La Rosa in June 2021. His seventh child Zen was born on June 23, 2021; model Alyssa Scott is the mother.  Zen passed away towards the end of 2021. In February 2022, he announced that he is expecting his eighth child. He welcomed a son with Bre Tiesi in July 2022. In August 2022 Brittany Bell and Cannon announced that they were expecting their second child together, making it the tenth for Cannon. The couple welcomed a daughter in September 2022. In November 2022, Cannon announced that he was expecting a second child with Alyssa Scott, making it his 11th child. In December 2022, Cannon and Scott welcomed a daughter named Halo Marie.

Nick Cannon was born in 10-8-1980. That means he has life path number 9. In 2023, His Personal Year Number is 7. He received his first taste of fame during a stand up comedy routine on a local cable network at age 11.

The Numerology of Nick Cannon

He has appeared in such films as Drumline, Love Don't Cost a Thing, and Roll Bounce. He has Lupus and he became a celebrity ambassador for the Lupus Foundation of America.

In 2003 he released the hit single "Gigolo" in collaboration with R. Kelly. Mariah Carey, Monroe Cannon, and Moroccan Scott Cannon were also His acquaintances.

Nick Cannon's estimated Net Worth, Salary, Income, Cars, Lifestyles & many more details have been updated below. Let's check, How Rich is He in 2022-2023? According to Forbes, Wikipedia, IMDB, and other reputable online sources, Nick Cannon has an estimated net worth of $20 Million at the age of 42 years old. He has earned most of his wealth from his thriving career as a Comedian, Record producer, Actor, Musician, Presenter, Television producer, Writer, Rapper, Singer, TV Personality from United States. It is possible that He makes money from other undiscovered sources Reliable sources show that his annual salary is about $5 Million

Nick Cannon's house, cars and luxury brand in 2023 will be updated as soon as possible, you can also click edit to let us know about this information. 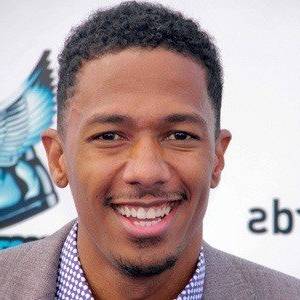