Ryan Ashley DiCristina (née Malarkey, born 1987) is an American tattoo artist known for her appearances on the television shows Ink Master and its spin-offs. Her signature style reflects her training and experience as a fashion designer: Malarkey specializes in black-and-gray designs with beadwork, lace detail, and ornamental jewels. Malarkey won Ink Master's season eight competition in 2016 and in the following three years, hosted two seasons of a spin-off show (Angels) and served as a judge in another spin-off (Grudge Match). Malarkey also owns two oddities and antiques shops in Pennsylvania.

The Strange & Unusual Oddities Parlor, an antiques, taxidermy, and novelty business, is co-owned by her. She's also a multi-award-winning tattoo artist who's work has appeared in publications such as Inked Magazine and Freshly Inked. In the parlor, she has a private, appointment-only tattoo workshop.

She got engaged to her longtime boyfriend, keyboardist Josh Balz , in 2016. Together they own The Strange & Unusual Oddities Parlor.

She graduated from the Fashion Institute of Technology in 2007 with a degree in fashion design and was named the Critic's Choice award winner of her graduating class.

She began starring on Ink Master: Angels with Kelly Doty in 2017.

Ryan Ashley Malarkey's house and car and luxury brand in 2021 is being updated as soon as possible by in4fp.com, You can also click edit to let us know about this information.

● Ryan Ashley Malarkey was born on April 29, 1987 (age 35) in Pennsylvania, United States ● She is a celebrity tattoo artist 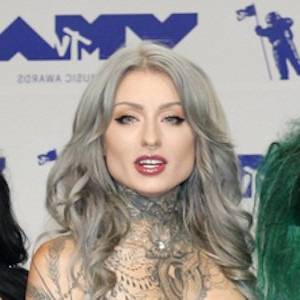