Most famous for his role as Xavier Rousseau in the 2002 film L'Auberge Espagnole (The Spanish Apartment) and its 2005 sequel, Les Poupées russes (The Russian Dolls), this French actor also gave Cesar Award-nominated performances in Gadjo dilo and Peut-être (released in 1997 and 1999, respectively).

His sister, Caroline Duris, had a successful career as a pianist. He and his girlfriend, actress Olivia Bonamy, welcomed their son, Luigi, in 2009.

After being discovered by chance by a casting director, he accepted a role in a 1994 film titled Le péril jeune.

Before becoming an actor, he was a drummer for a French club jazz band.

Information about His net worth in 2021 is being updated as soon as possible by infofamouspeople.com, You can also click edit to tell us what the Net Worth of the Romain Duris is

He appeared with Vanessa Paradis and Andrew Lincoln in the 2010 romantic comedy Heartbreaker.

Romain Duris's house and car and luxury brand in 2021 is being updated as soon as possible by in4fp.com, You can also click edit to let us know about this information. 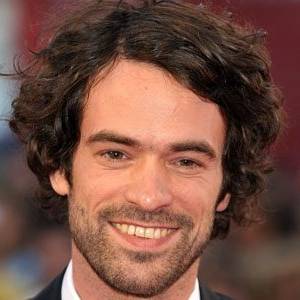