English painter notable for works such as "River with Poplars" from 1912, which he was affiliated with the Bloomsbury Group and Post-Impressionism.

He married and had two children with artist Helen Coombe. Coombe entered a mental institution in 1910 and Fry raised his children with the help of his sister Joan.

He came from a wealthy Quaker family and attended King's College, Cambridge. While in Cambridge, he was a member of the Cambridge Apostles.

He had a career as an art critic and helped to establish The Burlington Magazine, a British art history publication.

Information about His net worth in 2021 is being updated as soon as possible by infofamouspeople.com, You can also click edit to tell us what the Net Worth of the Roger Fry is

His biography was written by Virginia Woolf . 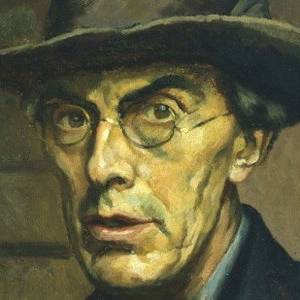