William Raymond Stacy Burr was a Canadian actor known for his lengthy Hollywood film career and his title roles in the television dramas Perry Mason and Ironside.

He is best recognized for his appearances in the television programs Perry Mason and Ironside. In Alfred Hitchcock's masterpiece Rear Window, he played the aggressive man in the other flat.

While he did serve in the Civilian Conservation Corps for a year, he acquired a habit of fabricating stories about his childhood.

In 2014, a study found that Burr was the overall favorite actor among Netflix users, due to the wide range of roles he portrayed.

He starred with Eva Marie Saint in The Curse of King Tut's Tomb. 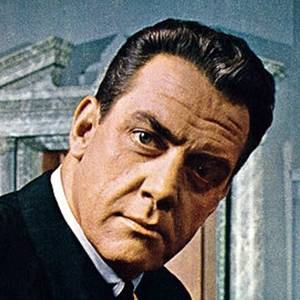