Pooria Arab or Pooria Putak (born June 27, 1991, in Tehran, Iran) is an Iranian rapper and songwriter with the artistic name of Putak, who started his professional artistic career in 2006 whit "Nasakh" album and signed to "Steps Records" in 2007. Pooria after finishing school entered Tehran University on the faculty of Computer Technologies. Though, in the last year of his studies, he decides to leave it and enter the military services. After finishing two months of educational military services in the city of Tehran, Pooria was transferred to the Tehran Information protection center in the weapon supply department. five months later Pooria leaves the army and later, in 2012, he receives the official confirmation of his inability to enter the military services because of the disease of the nervous system. Pooria s father decides to send him abroad to receive higher education to protect his son from dangers that were connected to the political topics and general discontent of the current regime in Iran. In those years Putak presents his first album, named "Nasakh", produced by Hamid Manfi, to Iran's underground rap society. In 2013, Pooria leaves Iran and settles down in Ukraine to study the Russian language and, at the same time to created and issued numerous albums such as "Changar", "Khodkoshi l", "Khodkoshi ll", "Tavalode Bad Az Khodkoshi", "8/8", "313" and "Alfbt". Putak, along with albums, created many singles such as: "Taghdim Be Khanomha", "Irareji", "Rape Ma", all of which have political content. In those years Pooria was expelled from the Saling university and changed his occupation to international economics. Four years later Pooria had received his bachelor's degree at the University of Krok in Kyiv, Ukraine. Putak met a girl named Julia and they got married after one year of their acquaintance. He gained Ukrainian citizenship 1 year later And lives there to this day.

Pooria Putak's house and car and luxury brand in 2021 is being updated as soon as possible by in4fp.com, You can also click edit to let us know about this information. 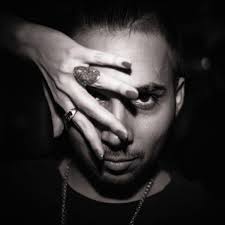