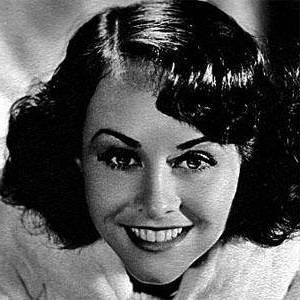 Paulette Goddard was an American actress notable for her film career in the Golden Age of Hollywood.

Paulette Goddard was an American film actress who began her career as a child model and rose to become one of Hollywood's most sought-after actresses. This determined young lady began modeling at the tender age of ten to help support her mother financially, and later moved on to acting and singing, carving out a name for herself in the entertainment world. Her great-uncle, Charles Goddard, introduced her to Broadway. She traveled to Hollywood to try her luck in movies since she was determined to make a name for herself. After a few uncredited roles in films, she was cast as the leading lady in Charlie Chaplin's final silent film, Modern Times, which forever transformed her life. During the 1940s, she gradually rose to popularity and acted in a number of great films, including The Great Dictator, So Proudly We Hail!, Kitty, The Diary of a Chambermaid, Unconquered, and Reap the Wild Wind. Not only for her critically acclaimed parts, but also for her four marriages and lavish lifestyle, this vibrant actress became a well-known personality.

She was married four times, starting at the age of 15.

She began modeling as a child and worked at Saks Fifth Avenue when she was a teenager.

She was married to popular actor Charlie Chaplin from 1936 to 1942.