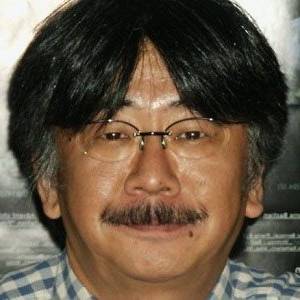 Nobuo Uematsu is a Japanese composer and keyboardist best known for his contributions to the Final Fantasy video game series by Square Enix. A self-taught musician, he began playing the piano at the age of twelve, with English singer-songwriter Elton John as one of his biggest influences. Uematsu joined Square in 1986, where he first met Final Fantasy creator Hironobu Sakaguchi. The two later worked together on many games at the company, most notably in the Final Fantasy series. After nearly two decades with Square, Uematsu left in 2004 to create his own production company and music label, Dog Ear Records. He has since composed music as a freelancer for other games, including ones developed by Square Enix and Sakaguchi's development studio, Mistwalker.

He is best known for composing the Final Fantasy video game soundtracks, although he also worked on the soundtrack for the anime film Ah! My Goddess: The Movie and the scores for video games such Tokyo Twilight Ghost Hunters and Lost Odyssey.

He and his older sister grew up in Japan's Kochi Prefecture. He and his wife, Reiko, later settled in Tokyo.

He trained himself to play the piano when he was eleven years old. He started working at the Japanese video game firm Square after graduating from Kanagawa University with a degree in English.

In the early 1990s, he released a solo music album titled Phantasmagoria.

Uematsu's video game scores contain elements of both classical and pop music, and he cites pop singer/songwriter Elton John and classical composer Pyotr Ilyich Tchaikovsky as two of his most significant musical influences.

Nobuo Uematsu's house and car and luxury brand in 2021 is being updated as soon as possible by in4fp.com, You can also click edit to let us know about this information.