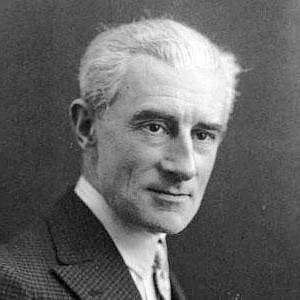 Maurice Ravel was a well-known French composer with Swiss and Basque ancestry. He was born in a little village near Saint-Jean-de-Luz in France in the second half of the nineteenth century and raised in Paris when he was three months old. It's probable that he never received a formal education and instead began his musical study at home at the age of seven, enrolling at the Conservatoire de Paris at the age of fourteen. Unfortunately, the majority of the faculty failed to recognize his brilliance, and the Conservatoire director took a hostile stance toward him. As a result, he was not only banned from the Conservatoire twice, but his Prix de Rome entries were also rejected five times, causing outrage among liberal musicians and musicologists. Despite this, he continued to create and, by the time he was in his early thirties, had established himself as a renowned composer, receiving international acclaim. He was a patient, painstaking composer who created fewer works than most of his contemporaries yet received critical acclaim for each of them. He also had several of his works recorded in order to reach a wider audience.

He was born to Marie Delouart, who was of Basque descent, and Joseph Ravel, who was a Swiss inventor and industrialist.

While studying at the Conservatoire de Paris, he was mentored by Émile Descombes.

He hated "Boléro," his most famous work, and considered it "a piece for orchestra without music" and trivial in the extreme. His music--especially "Jeux d'eau," --demanded virtuosity in skills from those who sought to master it.