Charles Edward Ives (; October 20, 1874 – May 19, 1954) was an American modernist composer, one of the first American composers of international renown. His music was largely ignored during his early career, and many of his works went unperformed for many years. Later in life, the quality of his music was publicly recognized through the efforts of contemporaries like Henry Cowell and Lou Harrison, and he came to be regarded as an "American original". He was also among the first composers to engage in a systematic program of experimental music, with musical techniques including polytonality, polyrhythm, tone clusters, aleatory elements, and quarter tones. His experimentation foreshadowed many musical innovations that were later more widely adopted during the 20th century. Hence, he is often regarded as the leading American composer of art music of the 20th century.Sources of Ives's tonal imagery included hymn tunes and traditional songs; he also incorporated melodies of the town band at holiday parade, the fiddlers at Saturday night dances, patriotic songs, sentimental parlor ballads, and the melodies of Stephen Foster.

American modernist composer who pioneered eclectic and experimental music, polytonality, and tone clusters. Some historians credit him with creating the first radical musical composition of the twentieth century, "Central Park in the Dark," in 1906.

His father, George Ives, served as a U.S. Army bandleader during the American Civil War. He married Harmony Twitchell in 1908.

He continued his musical education at Yale University, where he was taught by the renowned Horatio Parker.

His experimental music fused American church music with European art music, along with other influences.

He composed a song for William McKinley's 1896 presidential campaign.

● Charles Ives was born on October 20, 1874 (age 79) in Danbury, Connecticut, United States ● He is a celebrity composer 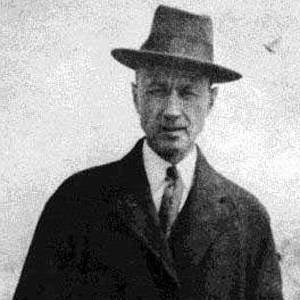