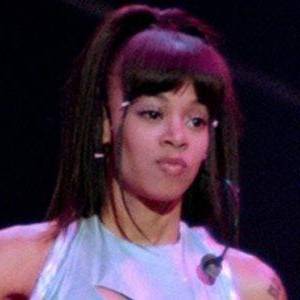 Lisa Nicole Lopes , better known by her stage name Left Eye, was an American rapper and singer. She was a member of the R&B girl group TLC, alongside Tionne "T-Boz" Watkins and Rozonda "Chilli" Thomas. Besides rapping and singing backing vocals on TLC recordings, Lopes was one of the creative forces behind the group, receiving more co-writing credits than the other members. She also designed the outfits and staging for the group and contributed to the group's image, album titles, artworks, and music videos. Through her work with TLC, Lopes won four Grammy Awards.During her brief solo career, Lopes scored two US top 10 singles with "Not Tonight" and "U Know What's Up", as well as one UK number-one single with "Never Be the Same Again", the latter a collaboration with Melanie C of the British girl group Spice Girls. She also produced another girl group, Blaque, who scored a platinum album and two US top 10 hits. Lopes remains the only member of TLC to have released a solo album.

Lisa Nicole Lopes was a well-known American rapper, hip-hop singer, songwriter, and producer who went by the stage name Left Eye. Along with Tionne Watkins and Rozonda Thomas, she was a member of the girl group TLC. She was a rapper and backup vocalist for the group, as well as a writer for the majority of their songs. She was always interested in music and began writing songs before the age of ten. She and her siblings established a musical trio and performed gospel music at neighborhood festivals and churches. She went on to form the TLC group with Tionne Watkins and Rozonda Thomas. With time, the group grew in popularity, scoring nine top-ten hits on the Billboard Hot 100. She earned four Grammy Awards during her time with the band. The album CrazySexyCool, which won them their first Grammy Award, is one of their most renowned works. Creep, No Scrubs, and Unpretty are some of their most popular singles. The gifted vocalist had a promising career ahead of her, but fate had other ideas. She was tragically murdered in a vehicle accident while she was only 30 years old.

She dated Andre Rison until 1994 when she burned down the mansion they were sharing.

She moved around a lot as a kid before settling down in Atlanta and becoming a member of the band Second Nature.

She signed with Death Row Records and teamed up with Suge Knight to release a solo album called Supernova, but she died before it could be completed.

She wrote the song "Girl Talk" with her friend Tionne Watkins .