A Filipino comedian and host of the TAPE Inc. variety show "Eat Bulaga!"

He and his first wife, Daria, had two kids: Joseph and Jacinda. He then had a son named Jio with his second wife Eileen Macapagal.

He grew up in a divorced family and went to National University of Manila to study architecture.

He directed films and recorded "Itaktak Mo" or "Shake It Off," and other songs.

Information about His net worth in 2021 is being updated as soon as possible by infofamouspeople.com, You can also click edit to tell us what the Net Worth of the Joey de Leon is

His 1989 role in the film, "Romeo Loves Juliet...But Their Families Hate Each Other!," was based on "Romeo and Juliet" by William Shakespeare .

Joey de Leon's house and car and luxury brand in 2021 is being updated as soon as possible by in4fp.com, You can also click edit to let us know about this information. 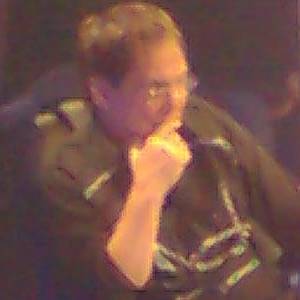