Dirtbag is an American rapper from Miami, Florida. Jermany V James (Born March 23)known professionally as Dirtbag, is an American rapper songwriter and actor from Knoxville, Tennessee, Raised in Miami Florida. At the age of 18 Dirtbag was signed to big Baller Records. He filmed his first movie which was picked up by Sony pictures. He played the lead role on ghetto fabulous. Later he was signed by slip and slide Records. Cool&Dre was the production team. They received a $2 million deal through Jive records. Then Dirtbag was signed by Violator Management Chris Lighty out of New York. He did many projects with violator, Mystical Busta Rhymes, Including keep doing it. Aired on MTV and BET. His next project was with Producertimberland here we go Making movie soundtracks like lead the way with Antonio Banderas XXX state of the union with ice cube, Fast and the furious with Vin Diesel, Dirtbag song's also featured On EA sports NBA live 2005 video game. He also hit gold status with Monica And Missy Elliott, Getitoff), He has many songs recorded with artist such as FatJoe, PDIDDY, Tony sunshine, BunB, Jazzy Fyi, Pitbull, Trick daddy, and Kelly Rowland, To name a few. He also helped write merry go round For juvenile, Hitting platinum status. He has released a new album in 2019 called Miami's Most Hated.New single with Megan thee Stallion and Dirtbag -Song name-“Work That

His family introduced him to soulful music as a young boy

What are the names of the songs Dirtbag did with DJ Khaled? Or With trick daddy. Or Busta Rhymes. Or Timberlaind. Name the songs that are in the movie soundtracks ?

Jermany James's house and car and luxury brand in 2021 is being updated as soon as possible by in4fp.com, You can also click edit to let us know about this information. 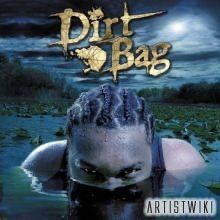