Idrissa Akuna "Idris" Elba is an English actor, producer, and musician. He is known for roles including Stringer Bell in the HBO series The Wire, DCI John Luther in the BBC One series Luther, and Nelson Mandela in the biographical film Mandela: Long Walk to Freedom . He has been nominated four times for a Golden Globe Award for Best Actor – Miniseries or Television Film, winning one, and has been nominated five times for a Primetime Emmy Award.Elba appeared in Ridley Scott's American Gangster and Prometheus . Elba portrayed Heimdall in the Marvel Cinematic Universe film Thor and its sequels Thor: The Dark World and Thor: Ragnarok , as well as Avengers: Age of Ultron and Avengers: Infinity War . He also starred in Pacific Rim , Beasts of No Nation , for which he received Golden Globe and BAFTA nominations for Best Supporting Actor, and Molly's Game . In 2016, he voiced Chief Bogo in Zootopia, Shere Khan in the live action/CGI adaptation of The Jungle Book, Fluke in Finding Dory, and played the role of Krall in Star Trek Beyond. He made his directorial debut in 2018 with an adaptation of the 1992 novel Yardie by Victor Headley. In 2021, he portrayed Bloodsport in The Suicide Squad, set in the DC Extended Universe , while in 2022, he voiced Knuckles the Echidna in the film Sonic the Hedgehog 2 , and will headline a spin-off self-titled solo series as the character for Paramount+ in 2023.

Idris Elba is an English actor, producer, singer, and disc jockey who has won several awards. He is most recognized for his portrayal as Luther in the British criminal thriller series 'Luther,' for which he received a Golden Globe nomination. He's also recognized for his supporting part in the iconic superhero picture 'Thor' and his depiction of Nelson Mandela in the film 'Mandela: Long Walk to Freedom.' He began performing while still in high school in Hackney, London. His first major part was in the British television series 'Bramwell.' He went on to feature in TV shows like 'Law & Order' and 'The Wire' during the next few years. He was also recognized for his appearances in films including "The Unborn," "Legacy," "Thor," and "Mandela: Long Walk to Freedom." He has been nominated for the Golden Globe five times in his career, winning one of them for his performance in "Luther." He's also been nominated five times for an Emmy Award. In 2016, he was selected to TIME Magazine's list of the 100 Most Influential People on the Planet. He has a studio album, Murdah Loves John, and a couple EPs under his belt as a vocalist.

Under the alias Big Driis, he worked as a DJ at several nightclubs.

He made his big screen debut in the 1999 French film Belle maman.

Idris Elba's estimated Net Worth, Salary, Income, Cars, Lifestyles & many more details have been updated below. Let's check, How Rich is He in 2021-2022? According to Forbes, Wikipedia, IMDB, and other reputable online sources, Idris Elba has an estimated net worth of $40 Million at the age of 49 years old in year 2022. He has earned most of his wealth from his thriving career as a Actor, Television producer, Singer, Rapper, Disc jockey, Film Producer from England. It is possible that He makes money from other undiscovered sources

He and Wood Harris played longtime friends Stringer Bell and Avon Barksdale in The Wire.

Idris Elba's house and car and luxury brand in 2021 is being updated as soon as possible by in4fp.com, You can also click edit to let us know about this information. 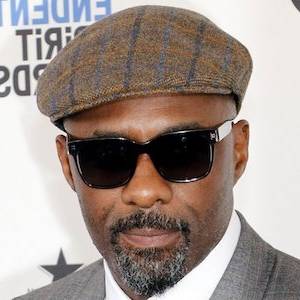