Glenn Lewis Frey was an American musician, singer, songwriter, actor and founding member of the rock band Eagles. Frey was the co-lead singer and frontman for the Eagles, roles he came to share with fellow member Don Henley, with whom he wrote most of the Eagles' material. Frey played guitar and keyboards as well as singing lead vocals on songs such as "Take It Easy", "Peaceful Easy Feeling", "Tequila Sunrise", "Already Gone", "James Dean", "Lyin' Eyes", "New Kid in Town", and "Heartache Tonight".

Glenn Frey was a singer, songwriter, producer, and actor from the United States. He is most known for creating the Eagles, a well-known rock band, in the early 1970s. He played guitar, piano, and keyboards as a founding member of the band. He was also one of the band's major vocalists, singing songs such as "Take It Easy," "Tequila Sunrise," "New Kid in Town," and other Eagles successes. He exhibited an early interest in music and attended piano and guitar lessons as a kid. Over the years, he gradually infiltrated the Detroit rock scene, forming bands such as Subterraneans, Mushrooms, and Heavy Metal Kids. With Don Henley, Randy Meisner, and Bernie Leadon, he ultimately created the rock band Eagles in 1970. The band went on to become one of the best-selling rock bands in the world. The band dissolved in 1980 after a decade of popularity before rejoining in 1994. Meanwhile, Frey enjoyed a successful solo singing career as well as acting roles in television and movies. He died in January 2016 after a long and valiant struggle with rheumatoid arthritis, colitis, and pneumonia.

He was married to Janie Beggs from 1983 to 1988 and Cindy Millican from 1990 until his death. He and Cindy had three children, Taylor, Deacon, and Otis.

He played guitar and sang backing vocals on Bob Seger's 1968 smash song "Ramblin' Gamblin' Man" when he was 19 years old. Following a girlfriend called Joan Sliwin, who was a promising composer, he relocated to Los Angeles.

Also a guitarist, he played guitar for Linda Ronstadt during her 1971 summer tour.

He and Don Henley were the two primary songwriters for The Eagles.

Glenn Frey - The Heat Is On (From "Beverly Hills Cop" Soundtrack)

Glenn Frey - You Belong To The City

Eagles' Glenn Frey: A Look Back at a Legend

Glenn Frey's and his classic hits 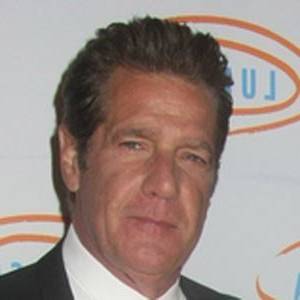