Robert Clark Seger is an American singer, songwriter, and musician. As a locally successful Detroit-area artist, he performed and recorded as Bob Seger and the Last Heard and The Bob Seger System throughout the 1960s, breaking through with his first album, Ramblin' Gamblin' Man in 1968. By the early 1970s, he had dropped the 'System' from his recordings and continued to strive for broader success with various other bands. In 1973, he put together the Silver Bullet Band, with a group of Detroit-area musicians, with whom he became most successful on the national level with the album Live Bullet , recorded live with the Silver Bullet Band in 1975 at Cobo Hall in Detroit, Michigan. In 1976, he achieved a national breakout with the studio album Night Moves. On his studio albums, he also worked extensively with the Alabama-based Muscle Shoals Rhythm Section, which appeared on several of Seger's best-selling singles and albums.

Robert Clark Bob Seger is a rock and roll musician best known for his album ˜Night Moves'. Initially a Detroit based singer and songwriter, he was a huge local success even before entering the national music scene in the U.S. The raspy voiced singer is also very talented at playing the guitar and piano. Primarily a roots rocker, his music deals with folk, blues, country music and the subsequent creation of sub-genres like country rock and southern rock. He was exposed to music from an early age as his father used to play several musical instruments and he was also inspired by musicians Little Richard and Elvis Presley. Seger's songs are classical examples of heartland rock and focus on topics like love, women, issues of working class, etc. with which the common people could easily connect. His fame began to peak during the decades of 1970s and 1980s when heartland rock became one of the most popular rock genres in the U.S. His straightforward musical style combined with a concern for social causes endeared him to millions of U.S. citizens and made him a hugely popular rock star of his times.

He married Renee Andrietti in 1968, Annette Sinclair in 1987, and then Juanita Dorricott in 1993. He has a daughter named Samantha and a son named Christopher.

He was a track and field athlete during high school. He has stated that Little Richard was the artist who inspired him to become a musician.

He co-wrote the Eagles' song "Heartache Tonight," from their hit 1979 album The Long Run. The song reached #1 on the Billboard Hot 100 and the single sold over a million copies.

Bob Seger's estimated Net Worth, Salary, Income, Cars, Lifestyles & many more details have been updated below. Let's check, How Rich is He in 2021-2022? According to Forbes, Wikipedia, IMDB, and other reputable online sources, Bob Seger has an estimated net worth of $60 Million at the age of 77 years old in year 2022. He has earned most of his wealth from his thriving career as a Musician, Singer-songwriter, Guitarist, Pianist, Keyboard Player from United States. It is possible that He makes money from other undiscovered sources

Bob Seger's house and car and luxury brand in 2021 is being updated as soon as possible by in4fp.com, You can also click edit to let us know about this information. 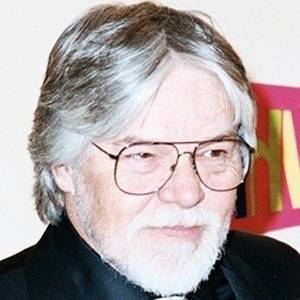