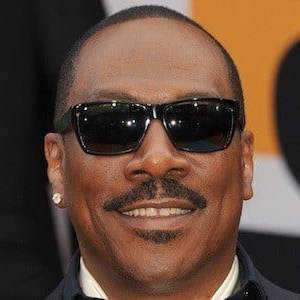 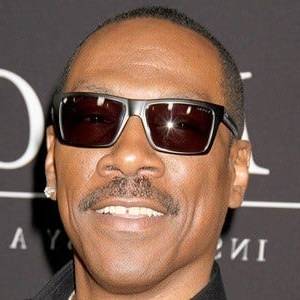 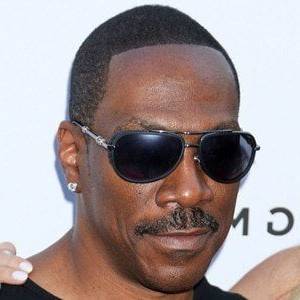 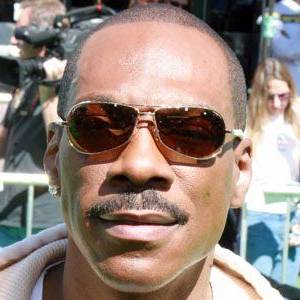 Edward Regan Murphy is an American actor, comedian, writer, producer, and singer. He rose to fame on the sketch comedy show Saturday Night Live, for which he was a regular cast member from 1980 to 1984. Murphy has also worked as a stand-up comedian and was ranked No. 10 on Comedy Central's list of the 100 Greatest Stand-ups of All Time.Murphy has received Golden Globe Award nominations for his performances in 48 Hrs. , the Beverly Hills Cop series , Trading Places , The Nutty Professor , and Dolemite Is My Name . He has also won numerous awards for his work on the fantasy comedy film Dr. Dolittle and its 2001 sequel. In 2007, Murphy won the Golden Globe for Best Supporting Actor and received a nomination for the Academy Award for Best Supporting Actor for his portrayal of soul singer James "Thunder" Early in the musical film Dreamgirls.Murphy has worked as a voice actor, including roles playing the Chinese dragon Mushu in Disney's Mulan , Thurgood Stubbs in the sitcom The PJs , and Donkey in DreamWorks Animation's Shrek series . In some films he plays multiple roles in addition to his main character; this is intended as a tribute to one of his idols, Peter Sellers. He has played multiple roles in Coming to America , Wes Craven's Vampire in Brooklyn , the Nutty Professor films, Bowfinger , The Adventures of Pluto Nash , Norbit , and Meet Dave . As of 2016, Murphy's films have grossed over $3.8 billion in the United States and Canada box office, and over $6.7 billion worldwide. In 2015, his films made him the sixth-highest grossing actor in the United States.In 2015, Murphy was awarded the Mark Twain Prize for American Humor by the John F. Kennedy Center for the Performing Arts. In 2020, he won his first Primetime Emmy Award for Outstanding Guest Actor in a Comedy Series for hosting Saturday Night Live. As a singer, Murphy has released three studio albums, including How Could It Be , So Happy , and Love's Alright .

Comedian, singer, director, and actor who has appeared in movies like Dr. Doolittle, Beverly Hills Cop, Trading Places, Daddy Day Care, and Norbit. In the Shrek films, he also provided the voice of Donkey.

His father, Charles Edward Murphy, was an amateur comedian and actor who died when Eddie was young. His brother Charlie Murphy also became a popular comedian. He was married to Nicole Murphy from 1993 until 2006 and had a daughter with her named Bella Zahra Murphy. He dated Mel B in 2006; they had a daughter together named Angel. He began dating Paige Butcher in 2012 and the two got engaged in 2018. He has ten children in total.

He started performing and writing his own stand-up comedy routines by the age of fifteen. From 1980 until 1984, he performed on Saturday Night Live.

He played all the major roles in The Nutty Professor in 1996.

Eddie Murphy's estimated Net Worth, Salary, Income, Cars, Lifestyles & many more details have been updated below. Let's check, How Rich is He in 2021-2022? According to Forbes, Wikipedia, IMDB, and other reputable online sources, Eddie Murphy has an estimated net worth of $200 Million at the age of 61 years old in year 2022. He has earned most of his wealth from his thriving career as a Actor, Singer, Musician, Television producer, Screenwriter, Voice Actor, Film Producer, Film director, Stand-up comedian, Comedian from United States. It is possible that He makes money from other undiscovered sources

He won a Golden Globe and was nominated for an Academy Award for his role in the 2007 film Dreamgirls, starring alongside Jamie Foxx, Beyonce Knowles and Jennifer Hudson.

Eddie Murphy's house and car and luxury brand in 2021 is being updated as soon as possible by in4fp.com, You can also click edit to let us know about this information. 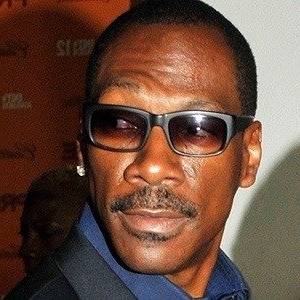