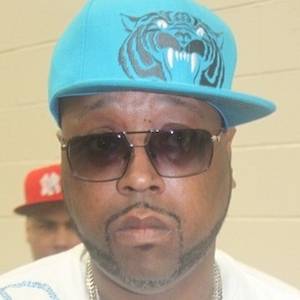 Keith Grayson (August 14, 1966 – April 17, 2022), professionally known as DJ Kay Slay, was an American disc jockey (DJ) from New York City. He is referred to by The New York Times as "Hip Hop's One-Man Ministry of Insults". He released four studio albums, The Streetsweeper, Vol. 1, The Streetsweeper, Vol. 2, The Champions: North Meets South (with Greg Street), and More Than Just a DJ.

He was a well-known DJ and music producer who was referred to by the New York Times as "Hip Hop's One-Man Ministry of Insults" and was best known for his collaborations with numerous hip hop musicians, including Busta Rhymes and Fat Joe. After starting his music career in 2003, he put out nearly half a dozen popular albums. He passed away at the age of 55 as a result of complications from COVID.

His real name was Keith Grayson and he was a born and raised New Yorker.

At the height of the graffiti movement in the 1980s, he began as a well-known artist, and the documentary Style Wars highlighted him. He started selling drugs after the movement's fall, nevertheless, and was subsequently imprisoned until his release in 1990.

In 2006, he released the collaborative album The Champions: North Meets South with Greg Street. He released over 25 mixtapes throughout his career.

DJ Kay Slay's house and car and luxury brand in 2021 is being updated as soon as possible by in4fp.com, You can also click edit to let us know about this information.

RIP: Remembering DJ Kay Slay Who Passed Away At 55

The OldSkool Collective - 3 years ago