DJ contracted to Ultra Records who has charted hits including "Yee," "Freak," "Five Hours," and "Five More Hours." At #19 in DJmag's Top 100 DJs 2014 contest, he got the accolade for highest new entry.

He was born Erick Orrosquieta in Los Angeles, California to Mexican parents.

At the age of 14, he started performing at local venues. He began making his own music when he was 17 years old. He used to go by the moniker TON!C.

He has remixed songs by DJ Chuckie , Steve Aoki , Laidback Luke and more. He took a hiatus from DJing to expand his record label PandaFunk in May of 2014.

Information about His net worth in 2021 is being updated as soon as possible by infofamouspeople.com, You can also click edit to tell us what the Net Worth of the Deorro is

He collaborated with Diplo and Steve Aoki on the track "Freak."

Deorro's house and car and luxury brand in 2021 is being updated as soon as possible by in4fp.com, You can also click edit to let us know about this information. 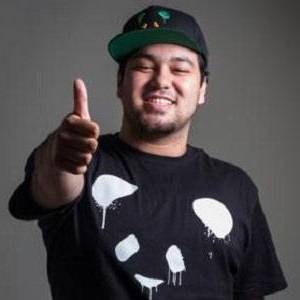