Horror actor best known for his recurrent performances as Isaac Lahey on Teen Wolf and Troy Otto on Fear the Walking Dead. In 2011's Immortals, he played Ares and also made an appearance in The Collection. He started acting in The Originals, a Vampire Diaries spin-off, in 2013.

His parents sent him to a boarding school, Mill Hill School. He had a relationship with Crystal Reed in 2011 and in 2015 he briefly dated Asha Leo.

At the age of nine, he began performing with the Royal Shakespeare Company. He made his acting debut on Judge John Deed in 2003 as Andy Dobbs.

He played Zane in The Nine Lives of Chloe King in 2011.

He had a supporting role opposite Maggie Grace in the 2013 TV movie When Calls the Heart.

Daniel Sharman's house and car and luxury brand in 2021 is being updated as soon as possible by in4fp.com, You can also click edit to let us know about this information. 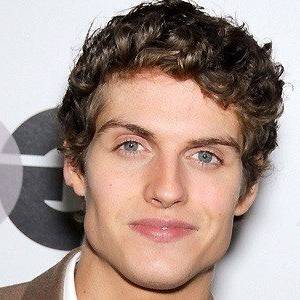