Christopher Barrett Candito was an American professional wrestler. Candito is best remembered for his tenures with promotions such as World Championship Wrestling, Extreme Championship Wrestling, New Japan Pro-Wrestling, Total Nonstop Action Wrestling and Smoky Mountain Wrestling, where he performed under the ring name Chris Candido, as well as for his appearances in the World Wrestling Federation under the ring name Skip, one-half of the tag team The Bodydonnas. For much of his career, he performed alongside his real-life partner, Tammy "Sunny" Sytch, who acted as his valet.In the course of his career, Candito held professional wrestling championships such as the NWA World Heavyweight Championship, WWF World Tag Team Championship, ECW World Tag Team Championship and WCW Cruiserweight Championship. At the time of his passing, he was the reigning NWA Midwest Heavyweight Champion.

WWF star and 1994 NWA World Heavyweight Champion who died as a result of complications from surgery after breaking his tibia and fibula during a match.

He met Tammy Lynn Stytch when he was in high school, and had an on-and-off relationship with her until his death.

At the age of 14, he began training as a professional wrestler with Larry Sharpe, and he soon joined Sharpe's organization, the World Wrestling Association.

On March 31, 1996, he and Zip of the Godwinns won the WWF Tag Team Championship.

He defeated Al Snow in a 10-man tournament en route to the 1996 NWA World Heavyweight Championship. 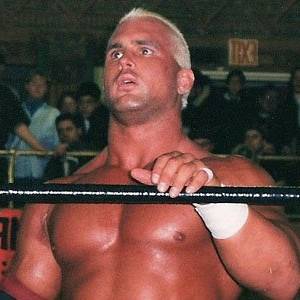