Born Alexis Kaufman, she grew up in Columbus, Ohio, and later settled in Tampa, Florida. Her parents are Angela and Bob Kaufman. In January 2017, she got engaged to fellow wrestler Buddy Murphy .

She competed in the Arnold Classic professional bodybuilding contest before entering the realm of professional wrestling.

In a 2014 episode of NXT, she faced both Alicia Fox and Charlotte , defeating the former and losing to the latter.

Information about Her net worth in 2021 is being updated as soon as possible by infofamouspeople.com, You can also click edit to tell us what the Net Worth of the Alexa Bliss is

Alexa Bliss's house and car and luxury brand in 2021 is being updated as soon as possible by in4fp.com, You can also click edit to let us know about this information. 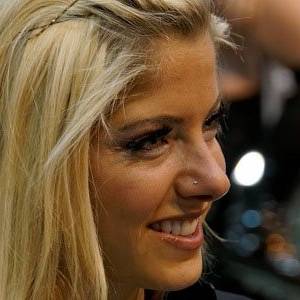