He helped bring Gustav Mahler to prominence and into the repertory as one of the finest conductors of the twentieth century.

He was born into a middle-class Jewish family in Alexanderplatz, Berlin.

He made his public pianist debut at the age of nine after entering the Stern Conservatory when he was eight. He performed a full concerto with the Berlin Philharmonic in 1890.

Information about His net worth in 2021 is being updated as soon as possible by infofamouspeople.com, You can also click edit to tell us what the Net Worth of the Bruno Walter is

He contributed much to the recorded repertoire of Germanic composers, laying down pieces by such artists as Johannes Brahms , Ludwig van Beethoven, and Joseph Haydn. 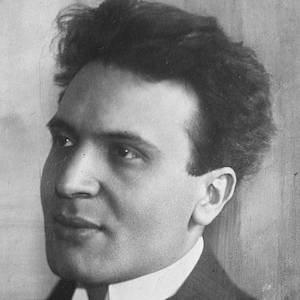