Books: The Secret Sky: A Novel of Forbidden Love in Afghanistan

He is arguably best recognized for his recurring performances as Hesam on NBC's Heroes and as Hooman Jaka on Showtime's Weeds.

He was born in Mountain View, California and is of Yemenite, Russian, and Israeli descent.

In 2002, he made his screen debut in the short film American Gulag and an episode of The Agency called Air Lex.

He can be seen in the films Flightplan as Ahmed and in a minor role for the film Fast & Furious.

Information about His net worth in 2021 is being updated as soon as possible by infofamouspeople.com, You can also click edit to tell us what the Net Worth of the Assaf Cohen is

He appeared in a pair of episodes of HBO's comedy series Entourage as Yair Marx. The show starred Adrian Grenier .

Assaf Cohen's house and car and luxury brand in 2021 is being updated as soon as possible by in4fp.com, You can also click edit to let us know about this information. 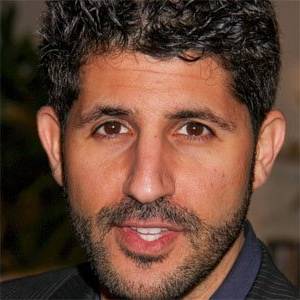