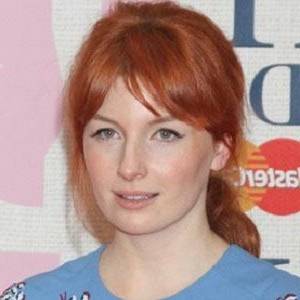 She is an English television and radio presenter who has hosted series such as Big Brother's Bit on the Side and provided backstage footage at events such as the BRIT Awards. In 2008, she was honored with the National Student Television Award for Best On-Screen Female.

She began dating Eb Ibbotson from the band Life in Film in 2011.

She was born in Nottingham, England, and earned her big break hosting the Bebo social networking site's internet show B-Box.

She and several other celebrities recorded a cover of Avicii 's "Wake Me Up" for the Children in Need Charity in 2014. The song hit #1 on the U.K. Singles Chart.

She hosted a show on BBC Radio 1 with Phil Taggart in January 2013.

Alice Levine's house and car and luxury brand in 2021 is being updated as soon as possible by in4fp.com, You can also click edit to let us know about this information.