Alessandro Juliani is a Canadian actor and singer. He is notable for playing the roles of Tactical Officer Lieutenant Felix Gaeta on the Sci-Fi Channel television program Battlestar Galactica, Emil Hamilton in Smallville, Jacapo Sinclair on The CW series The 100, and Dr. Cerberus on the Netflix series Chilling Adventures of Sabrina. He is also known for voicing the character L in the English version of the anime series Death Note and its live action films, as well as several other animation projects. Juliani provided the voice of Aaron Fox on Nexo Knights.

On Smallville, he played Emil Hamilton, and on Battlestar Galactica, he played Felix Gaeta. He also featured in Stargate SG-1 and Dark Angel episodes.

He grew up in Vancouver, British Columbia as the son of theatre actor and director John Juliani and opera director Donna Wong-Juliani. He later married Meg Roe.

McGill University awarded him a bachelor's degree in voice performance.

Apart from his television work, he had successful careers as a voice actor and theatrical performer. In the former capacity, he contributed to Alien Racers, Dead Rising 2, and X-Men: Evolution.

Alessandro Juliani's house and car and luxury brand in 2021 is being updated as soon as possible by in4fp.com, You can also click edit to let us know about this information. 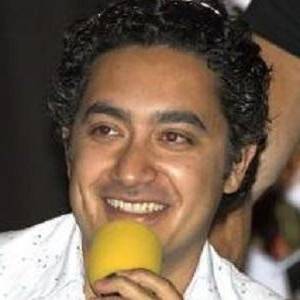