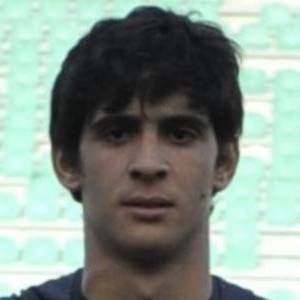 Yassine Bounou , also known as Bono, is a Moroccan professional footballer who plays as a goalkeeper for La Liga club Sevilla and the Morocco national team.

Bono is the nickname of a Moroccan professional soccer player who has established himself as a goalkeeper for Sevilla FC and the Moroccan national team. He competed for Morocco at the 2018 FIFA World Cup. He played for Sevilla on loan from Girona for a year before agreeing to a four-year deal in 2020.

Although born in Montreal, he grew up in Morocco. His son has been featured on his Instagram account.

He was a Wydad AC member for the majority of his youth.

He led Sevilla to victory in the 2020 UEFA Europa League Final. He shares moments in his life as a soccer player on his bounouyassine_bono Instagram account, where he has amassed over 1.7 million followers.

He and Gonzalo Montiel have been Sevilla FC teammates.

Yassine Bounou's house and car and luxury brand in 2021 is being updated as soon as possible by in4fp.com, You can also click edit to let us know about this information.