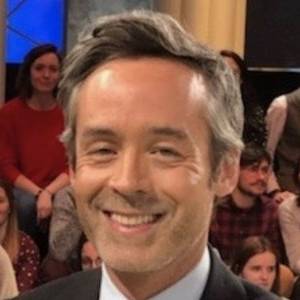 Yann Romain Barthès was born on October 9, 1974 (age 47) in Chambery, France. He is a celebrity journalist.

The television shows Le Petit Journal and Quotidien were hosted by this French journalist, TV personality, and producer. On Instagram, he has 550 000 followers.

His father was a railway worker (as is his older brother) and his mother worked in a notary office. He named his production company Bangumi, Japanese for "TV show." He has a loyal team at Quotidien, from French broadcast journalist Martin Weill (who has worked with him at both Le Petit Journal and Quotidien) and Hugo Clement to Vincent Dedienne,

Prior to moving to journalism at the ISIC (Institute of Information and Communication Sciences) at Bordeaux Montaigne University, in Bordeaux, he studied English at the University of Savoy in Chambéry. He initially desired to work as a cameraman. He began working with Canal in 1998. He initially looked after the visitors to "+Clair," a media-focused program hosted by Daphné Roulier. In 2004, he began delivering the "Petit Journal People" and "Petit Journal Actu" sections for Michel Denisot's "Grand Journal." He released Le Petit Journal Actu in 2007. (The Little News Report—Current Events). Le Petit Journal was separated into its own show in 2011 with Barthès serving as the primary host. He debuted Quotidien in 2016.

Notoriously private and shy, Barthes prefers to spend his downtime having beers with media comrades from his inner circle, journalist Ariane Massenet, comedian Nora Hamzawi. He also vacations in Japan, and regularly visits his native Savoy.

He has interviewed everyone from Barack Obama and Bruce Springsteen to Catherine Deneuve and Nicolas Sarkozy. His rival in the French infotainment world has been Cyril Hanouna.

Yann Romain Barthès's house and car and luxury brand in 2021 is being updated as soon as possible by in4fp.com, You can also click edit to let us know about this information.