Richard William Wheaton III (born July 29, 1972) is an American actor, blogger, and New York Times bestselling writer. He portrayed Wesley Crusher on the television series Star Trek: The Next Generation, Gordie Lachance in the film Stand by Me, Joey Trotta in Toy Soldiers, and Bennett Hoenicker in Flubber. Wheaton has also appeared in recurring voice acting roles as Aqualad in Teen Titans, Cosmic Boy on the Legion of Super Heroes, and Mike Morningstar/Darkstar in the Ben 10 franchise's original continuity. He appeared regularly as a fictionalized version of himself on the sitcom The Big Bang Theory and in the roles of Fawkes on The Guild, Colin Mason on Leverage, and Dr. Isaac Parrish on Eureka. Wheaton was the host and co-creator of the YouTube board game show TableTop. He has narrated numerous audio books, including Ready Player One and Ready Player Two.

Richard William Wheaton III, better known as Wil Wheaton, is an American actor, voice artist, as well as a writer. The versatile actor is popularly known among the television audiences for portraying the character of ˜Wesley Crusher' in ˜Star Trek: The Next Generation', an American science-fiction television series in the Star Trek franchise created by Gene Roddenberry. In his lengthy acting career, Wil has appeared in over 35 television shows, mostly as a guest or in special appearances. He has also acted in several hit shows including ˜Leverage', ˜Eureka', and ˜Powers'. Wheaton has worked in more than forty films (including short films and TV-films) with some of his popular works being ˜Stand by Me', ˜Toy Soldiers', ˜Flubber' and ˜The Day Lincoln Was Shot'. A well-known name in the animation industry, Wil has worked in several animation shows and has given voice to numerous popular animated characters over the years. His works in the animation industry include ˜The Legend of Prince Valiant', ˜Teen Titans', ˜Avatar: The Last Airbender', ˜Ben 10: Alien Force', ˜Naruto', ˜Ben 10: Ultimate Alien', ˜Redakai', and ˜Ben 10: Omniverse'. He has also been a part of many popular video games like ˜Grand Theft Auto: San Andreas', ˜Tom Clancy's Ghost Recon 2', ˜Tom Clancy's Ghost Recon Advanced Warfighter 2', ˜Ben 10 Alien Force: Vilgax Attacks', ˜Grand Theft Auto V', and ˜Code Name: S.T.E.A.M.', providing voice to several characters.

He married Anne Wheaton in 1999 and has two stepsons, one of whom he legally adopted.

His first acting job was in a Jell-O Pudding Pops commercial opposite Bill Cosby.

Wil Wheaton's estimated Net Worth, Salary, Income, Cars, Lifestyles & many more details have been updated below. Let's check, How Rich is He in 2021-2022? According to Forbes, Wikipedia, IMDB, and other reputable online sources, Wil Wheaton has an estimated net worth of $1 Million at the age of 49 years old in year 2022. He has earned most of his wealth from his thriving career as a Writer, Actor, Television producer, Voice Actor, Screenwriter from United States. It is possible that He makes money from other undiscovered sources

Corey Feldman co-starred with him in Stand By Me.

Wil Wheaton's house and car and luxury brand in 2021 is being updated as soon as possible by in4fp.com, You can also click edit to let us know about this information.

Yet another stream of self-consciousness.

Another stream of self consciousnesses.

A Stream of Self-Consciousness.

Wil Wheaton speaks to the 2016 USA Science and Engineering Festival

That is not a burrito, John. 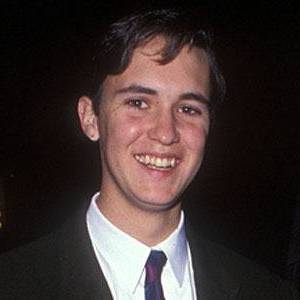