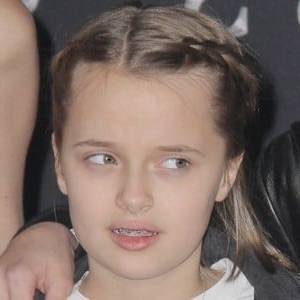 Daughter of celebrity power couple Brad Pitt and Angelina Jolie who played the child version of Princess Aurora in her mother's film Maleficent.

Aside from Knox, she has siblings named Shiloh, Maddox, Pax and Zahara.

Her name Vivienne was thought of by Brad and Angelina early in the pregnancy.

Her and her fraternal twin brother Knox's first photos were sold separately to People magazine and Hello! for approximately $14 million, the most expensive celebrity photos that were ever taken.

Her middle name of Marcheline was selected in honor of Jolie's mother Marcheline Bertrand.

Vivienne Jolie-Pitt's house and car and luxury brand in 2021 is being updated as soon as possible by in4fp.com, You can also click edit to let us know about this information. 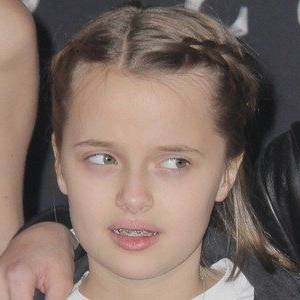