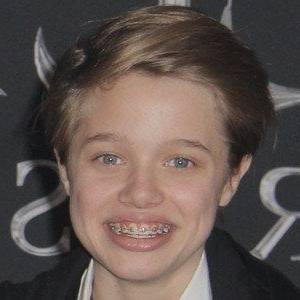 Daughter of Brad Pitt and Angelina Jolie who was the first biological child born to the Hollywood stars.

She is the granddaughter of Marcheline Bertrand, Academy Award-winner Jon Voight, Jane Etta Pitt and William Alvin Pitt. Her siblings are Maddox, Pax, Zahara, and twins Knox and Vivienne.

She was born in Swakopmund, Namibia.

She had an uncredited role in the 2008 film The Curious Case of Benjamin Button, which starred her father.

One of her siblings is Zahara Jolie-Pitt.

Shiloh Jolie-Pitt's house and car and luxury brand in 2021 is being updated as soon as possible by in4fp.com, You can also click edit to let us know about this information. 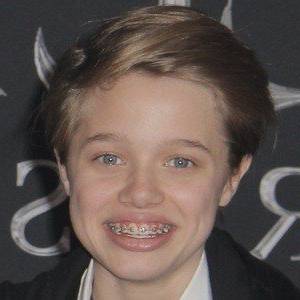