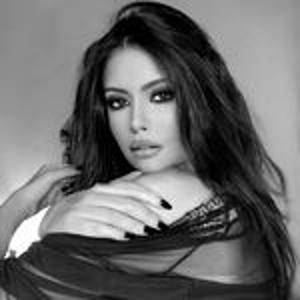 Vera Von Monika was born on September 17, 1985 (age 36) in Portugal. She is a celebrity model. She has Black (dyed) hair. Her eyes color are Hazel.

Vera Von Monika is a worldwide known celebrity for her works in Fashion, Brand Ambassador, Sports and Lifestyle Journalist, and Honorary Consul. Vera Von Monika has a strong connection with Japan and often works with the Embassy of Japan, she is also guest at different events about Japanese culture, and Pop culture events. She has her own shoe line, bags, and glass cups.

Vera Von Monika placed 2nd in FashionTv Worldwide Model Awards in 2011. She loves animals and has a cat named Kamui. Vera Von Monika has been featured in countless magazines. Her favorite colors are black and red. She is graduated by Oxford University. Vera Von Monika works with the United Nations.

Vera Von Monika is often seen wearing clothes from high end fashion brands such as Versace, Dior, Gucci, Chanel. Her statement ring is from Vivienne Westwood. Vera Von Monika often shows her cars that are mainly from Porsche, a love she inherited from family. Vera Von Monika house is decorated with paintings, everything in European style.