Sheryl Kara Sandberg is an American business executive, billionaire, and philanthropist. Sandberg serves as chief operating officer of Meta Platforms, a position from which she announced, on June 1, 2022, that she is stepping down in the fall of 2022. She is also the founder of LeanIn.Org. In 2008, she was made COO at Facebook, becoming the company's second-highest ranking official. In June 2012, she was elected to Facebook's board of directors, becoming the first woman to serve on its board. As head of the company's advertising business, Sandberg was credited for making the company profitable. Prior to joining Facebook as its COO, Sandberg was vice president of global online sales and operations at Google and was involved in its philanthropic arm Google.org. Before that, Sandberg served as chief of staff for United States Secretary of the Treasury Lawrence Summers.

Sheryl Sandberg is an American technology executive, activist, and author best known as the chief operating officer (COO) of Facebook. She currently sits on Facebook's board of directors as its first female member. She is also the founder of Leanin.org and the co-author of two books, ˜Lean In: Women, Work, and the Will to Lead' with Nell Scovell, and ˜Option B: Facing Adversity, Building Resilience and Finding Joy' with Adam Grant. Before joining Facebook, she was the vice president of global online sales and operations at Google and helped launch its philanthropic arm Google.org. She also served as the chief of staff for United States Secretary of the Treasury Lawrence Summers, who was her professor at Harvard and her mentor. She has been invited as a keynote speaker at various events and delivered the TED speech titled Why we have too few women leaders. In 2012, she was named in the ˜Time 100', ˜Time' Magazine's annual list of the 100 most influential people in the world, and currently ranks fourth on ˜Forbes' list of most powerful women.

She was married for the first time at age 24 and divorced a year later. She married a second time to Dave Goldberg in 2004 and had two children.  Dave tragically passed away in 2015.

She spent four years as Facebook's COO, guiding their company through their ballyhooed IPO and earning close to $1 billion in stock.

She became the inspiration for women seeking to have it all in successfully balancing the demands of motherhood and a high-powered career.

Sheryl Sandberg's estimated Net Worth, Salary, Income, Cars, Lifestyles & many more details have been updated below. Let's check, How Rich is She in 2021-2022? According to Forbes, Wikipedia, IMDB, and other reputable online sources, Sheryl Sandberg has an estimated net worth of $1.8 Billion at the age of 53 years old in year 2022. She has earned most of her wealth from her thriving career as a Businessperson, Entrepreneur from United States. It is possible that She makes money from other undiscovered sources

She and Kate Middleton, Britain's Royal Princess, were both named among Time magazine's most influential women of 2013.

Sheryl Sandberg's house and car and luxury brand in 2021 is being updated as soon as possible by in4fp.com, You can also click edit to let us know about this information. 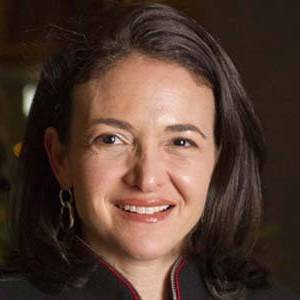