Sasha Pieterse is a South-African born American actress and singer-songwriter. She also had a modeling career in her early days and still models for some of the top fashion magazines. She rose to fame when she bagged her first major role in ABC's television series ˜Pretty Little Liars' at the age of 13, as Alison DiLaurentis, becoming the youngest person to be cast in the show. She also had a supporting role in Disney Channel's film, ˜Geek Charming' in 2011, as Amy Loubalu. She also famously starred in the 2013 teen comedy film, ˜G.B.F', which was a major commercial and critical success. Sasha signed a deal with a record label named Dan Franklin Music and released her first debut single ˜This country is badass' on April 12, 2013 quoting that she loves this country [America] and would never have been able to be where she is today, if it wasn't in America.

She was raised as an only child by parents who worked in the entertainment industry as acrobatic performers. She married longtime love Hudson Sheaffer in May 2018 after a three-year long engagement. She was previously in a relationship with actor Cayden Boyd.

She made her TV acting debut as the character Buffy on the series Family Affair in 2002.

She has had recurring roles on the series Heroes and Heroes: Slow Burn.

Information about Her net worth in 2021 is being updated as soon as possible by infofamouspeople.com, You can also click edit to tell us what the Net Worth of the Sasha Pieterse is

She had a small role in Good Luck Chuck with Jessica Alba in 2007.

Sasha Pieterse's house and car and luxury brand in 2021 is being updated as soon as possible by in4fp.com, You can also click edit to let us know about this information. 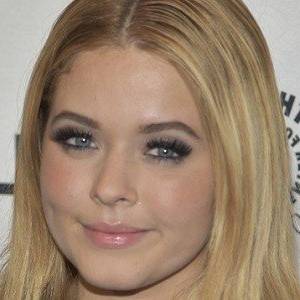