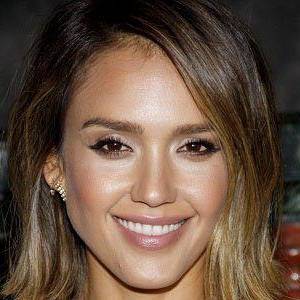 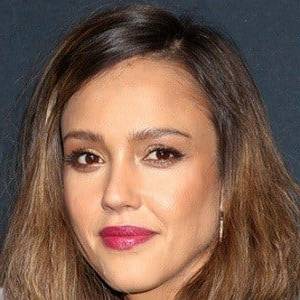 Jessica Marie Alba is an American actress and businesswoman. She began her television and movie appearances at age 13 in Camp Nowhere and The Secret World of Alex Mack , and rose to prominence at age 19 as the lead actress of the television series Dark Angel , for which she received a Golden Globe nomination.Her big screen breakthrough came in Honey . She soon established herself as a Hollywood actress, and has starred in numerous box office hits throughout her career, including Fantastic Four , Fantastic Four: Rise of the Silver Surfer , Good Luck Chuck , The Eye , Valentine's Day , Little Fockers , and Mechanic: Resurrection . She is a frequent collaborator of director Robert Rodriguez, having starred in Sin City , Machete , Spy Kids: All the Time in the World , Machete Kills , and Sin City: A Dame to Kill For . From 2019 to 2020, Alba starred in the Spectrum action crime series L.A.'s Finest.

Jessica Alba is a well-known American actress best known for her performance in the television series Dark Angel. Alba, a well-known actress now, has longed to be an actor since she was a child. She decided to follow her passion for performing when she was only five years old! She won an acting competition when she was 11 years old, earning her a scholarship to take acting training. Alba's career took a stride forward after this, and she was able to realize her ambitions. Her first film and television roles occurred early in her career. She landed a small role as Gail in the feature picture Camp Nowhere in 1994, when she was barely 13 years old. She landed a recurring role as Jessica in the Nickelodeon comedy series The Secret World of Alex Mack at the same time. Alba's acting skills have dramatically improved over the years, as evidenced by her work. Interestingly, she hasn't stuck to a single genre in her work and has experimented with her roles and characters on numerous occasions. She has appeared in films spanning a wide range of genres, including horror, supernatural, thriller, romance, drama, and comedy. Her diverse acting skills have also allowed her to make an impact in both films and television.

She married actor Cash Warren in 2008. She has two daughters, Haven and Honor and a son named Hayes .

She had two collapsed lungs as a toddler and was regularly afflicted with pneumonia.

AskMen.com voted her the number one Most Desirable Woman in 2006.

Jessica Alba's estimated Net Worth, Salary, Income, Cars, Lifestyles & many more details have been updated below. Let's check, How Rich is She in 2021-2022? According to Forbes, Wikipedia, IMDB, and other reputable online sources, Jessica Alba has an estimated net worth of $100 Million at the age of 41 years old in year 2022. She has earned most of her wealth from her thriving career as a Actor, Model from United States. It is possible that She makes money from other undiscovered sources

She starred as Sue Storm, the Invisible Woman, with Julian McMahon in Fantastic 4.

Jessica Alba's house and car and luxury brand in 2021 is being updated as soon as possible by in4fp.com, You can also click edit to let us know about this information. 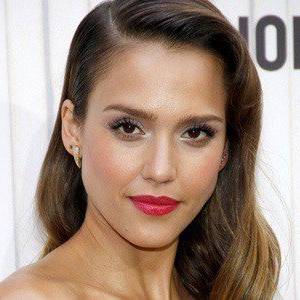