Sandra Cisneros (born December 20, 1954) is an American writer. She is best known for her first novel, The House on Mango Street (1983), and her subsequent short story collection, Woman Hollering Creek and Other Stories (1991). Her work experiments with literary forms that investigate emerging subject positions, which Cisneros herself attributes to growing up in a context of cultural hybridity and economic inequality that endowed her with unique stories to tell. She is the recipient of numerous awards, including a National Endowment for the Arts Fellowship, was awarded one of 25 new Ford Foundation Art of Change fellowships in 2017, and is regarded as a key figure in Chicano literature.Cisneros' early life provided many experiences she later drew on as a writer: she grew up as the only daughter in a family of six brothers, which often made her feel isolated, and the constant migration of her family between Mexico and the United States instilled in her the sense of "always straddling two countries ... but not belonging to either culture." Cisneros' work deals with the formation of Chicana identity, exploring the challenges of being caught between Mexican and Anglo-American cultures, facing the misogynist attitudes present in both these cultures, and experiencing poverty. For her insightful social critique and powerful prose style, Cisneros has achieved recognition far beyond Chicano and Latino communities, to the extent that The House on Mango Street has been translated worldwide and is taught in U.S classrooms as a coming-of-age novel.Cisneros has held a variety of professional positions, working as a teacher, a counselor, a college recruiter, a poet-in-the-schools, and an arts administrator, and has maintained a strong commitment to community and literary causes. In 1998 she established the Macondo Writers Workshop, which provides socially conscious workshops for writers, and in 2000 she founded the Alfredo Cisneros Del Moral Foundation, which awards talented writers connected to Texas. Cisneros currently resides in Mexico.

Sandra Cisneros is an American writer best known for her first novel 'The House on Mango Street' in which a young Latina woman comes of age in Chicago. She is acknowledged as a pioneer in her literary field, as she is the first female Mexican-American writer to have her work published by a mainstream publisher. Her books have been translated into over a dozen languages. During graduation, she realised that she had no nice memory of growing up to write about, like her peers. All she could remember was constantly shifting between Mexico and US, growing up with six brothers and a misogynist father, and feeling alone. But, rather than being afraid, she decided to pen these experiences and bared her tale of limited opportunities and a restricted lifestyle. When it came to novel writing, she worked on the formation of the Chicana identity, exploring the challenges of being caught between Mexican and Anglo-American cultures, facing the misogynist attitude present in both these cultures, and poverty. While writing Cisneros alternates between first person, third person, and stream-of-consciousness narrative modes, and ranges from brief impressionistic vignettes to longer event-driven stories, and from highly poetic language to brutally frank language. Generally critiquing the social norms, she was amazed by the recognition she received beyond the Chicano and Latino communities.

She was born in Chicago to a Mexican-American family and was the only surviving girl in a family of seven children. She is the daughter of Alfredo and Elvira Cisneros de Mora.

She wrote her first poem at the age of ten and was encouraged by her high school teacher to pursue a writing career. She published her debut work, Bad Boys, in 1980.

She was an important figure in Chicana literature, and she established both the Macondo Foundation and the Alfredo Cisneros Del Moral Foundation.

Like Sinclair Lewis, she was a social critic as well as a novelist.

Sandra Cisneros's house and car and luxury brand in 2021 is being updated as soon as possible by in4fp.com, You can also click edit to let us know about this information.

● Sandra Cisneros was born on December 20, 1954 (age 67) in Chicago, Illinois, United States ● She is a celebrity author ● Her nationality is American● Her popular books are The House on Mango Street (1984), Woman Hollering Creek an... (1991), Caramelo (2002), A House of My Own: Stories fr... (2015) and Loose Woman and Wom... (1994) ● In Her career, Sandra Cisneros has achieved a American Book Award, MacArthur Fellowship, Lannan Literary Award for Fiction, Anisfield-Wolf Book Award for Fiction● She attended Loyola University Chicago, Josephinum Academy of the Sacred Heart, The University of Iowa● The parents of Sandra Cisneros are Alfredo Cisneros de Moral, Elvira Cordero Anguiano● You can find Her website below: https://www.sandracisneros.com/ 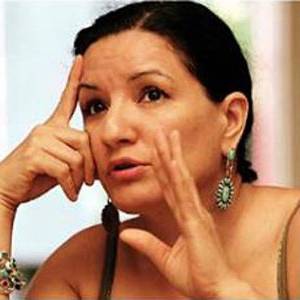