Born on March 9, 1975 (age 47) in Netherlands. He is a celebrity soccer player. He is a member of group Feyenoord Academy (manager). Roy Makaay has 1 sibling in His family: Erik Makaay. He was a Forward in number 7 in Deportivo de La Coruña . He height is 6′ 2″. He weight is 181 lbs.

Former striker who played 526 games and scored 256 goals. In 2003, while playing for Deportivo La Coruna in La Liga, he won the European Golden Boot.

He was born in Wijchen, Netherlands.

In 1993, he began his professional career with Vitesse. He played for the club for four years, collecting 42 goals in 109 games.

He scored a hat-trick in his last match before retiring, with Feyenoord in 2010.

Information about His net worth in 2021 is being updated as soon as possible by infofamouspeople.com, You can also click edit to tell us what the Net Worth of the Roy Makaay is

He played alongside Arjen Robben on the Dutch national team from 2003 to 2005.

Roy Makaay's house and car and luxury brand in 2021 is being updated as soon as possible by in4fp.com, You can also click edit to let us know about this information. 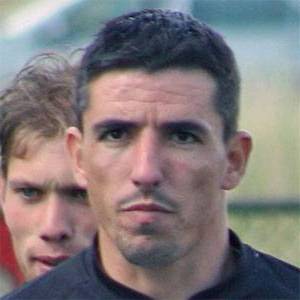